Before you trust me as your guide to awakening, I want you to know a little more about who I am.

At 12, I became terrified by the direction the world was going.

As an angsty young teen, I began reading history, studying secret societies, and learning that the world, by and large, was not being run by the right people.

As I uncovered layers of corruption in our governmental, political, medical, and industrial world, I became deeply afraid for the future. I knew things needed to change but I had no idea how to create that change.

I felt a deep anxiety in my soul, hoping for answers to the questions burned in my mind.

At age 17, I began a series of spontaneous mystical experiences that opened my heart and mind.

Until this time, I had never thought much of spirituality or higher dimensions. I thought it was all woo-woo fluffy stuff.

That all changed when I met a new friend who came to visit my family.

The moment she walked in the door, I felt like I could breathe for the first time.

I trusted her immediately, at a level I couldn’t explain, and walls I didn’t know I had came crashing down.

Together she and I would begin to uncover past lives together and open up portals to a deeper understanding of the spiritual nature of our being.

I began to have strange and mystical experiences even when I wasn’t with her, as my crown and third eye chakras opened.

My awakening progressed as I began trusting my intuition above the voices of society.

I then attended university at University of Southern California, opting to focus on amore conventional major track of business and international relations.

Upon graduation, I realized that I would need to buck the regular path and find my true calling.

I was guided to Mt. Shasta, CA, where I lived for several months studying ancient wisdom texts and learning energy healing.

Oh Mt. Shasta. Those times were so wild. I remember getting off the train in the dead of winter, knowing no one in this strange spiritual Mecca of Northern California, but trusting the divine completely.

I trusted my intuition to guide me, and soon made contact with a number of amazing spiritually awakened people who began training me in energy healing and helping me depeen my gifts.

Ever since that time, I’ve known I’m here to awaken consciousness on this planet.

For the last 10 years, I have been crafting the ancient spiritual wisdom of all traditions into modern, practical, addictively fun journeys that have transformed thousands of people’s lives.

It’s taken over 10,000 hours to design and bring these experiences to you.

I’ve taken the time to delve deep into the ancient traditions looking for only the best, most powerful practices and principles that will help us awaken the planet.

I’ve taken the time to test each of these in my own personal life, and to embody each of the paths I offer now to you

I’ve taken the time to serve over 90,000 people, gather their insights and feedback, before releasing these now finalized versions of these courses!

And – None of it will ever be boring.

I’ve been producing hip hop for 14 years, and have been lead singer of a rock band, and I know how to make things exciting.

I’ve realized that IF the world is going to spiritually awaken, it has to be fun.

Otherwise Ain’t nobody got time for it.

I am so excited you are here and to be able to share my greatest gift with you.

Here’s to your journey of awakening ahead. 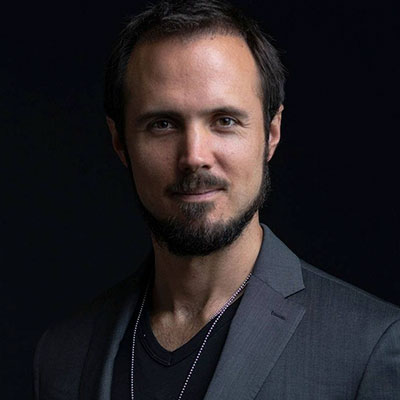 We use cookies to ensure that we give you the best experience on our website. If you continue to use this site you agree to our privacy policy.I understand